Using a driver removal utility like Display Driver Uninstaller Download for Windows, you can completely remove AMD/NVIDIA graphics card drivers and packages from your computer (including registry keys, folders and files, driver store).

This driver uninstaller program is meant to be used whenever the standard method of uninstalling an Intel, Nvidia, or ATI/AMD video card driver from the Windows Control Panel fails, or whenever you need to delete the driver completely. The result of using this driver uninstaller is the same as if you had performed a clean installation of Windows, making it feel like the first time you installed a new driver. Before using this tool, as with any other of its kind, we advise making a new system restore point so that, should any problems arise, you can easily roll back to an earlier version of your system.

Guru3D.com is behind this fantastic piece of software. Using this driver uninstaller will have the same effect as a clean installation of Windows, making it feel like you’re installing drivers for the first time. Before using this tool, as with any other of its kind, we advise making a new system restore point so that you can roll back your system to its previous state if necessary.

Due to the extensive nature of the changes made by Display Driver Uninstaller, the developer has thoughtfully included a system restore function to prompt you to make a new restore point before you begin the cleaning process. This will allow you to roll back your system to a previous state if issues arise. Get comfortable with system restore first, though.

DDU warns users right away during setup that it will make changes to the Windows registry and instructs them to create a system restore point in case they change their minds. This safety net is useful in case there are any stability issues down the road. It also facilitates a safe restart of the computer. The simple, straightforward interface consists of a single window laid out in a conventional fashion.

How to install Display Driver Uninstaller? 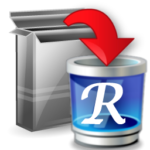