Geany is a text editor built on top of the GTK2 toolkit and includes a few helpful features for programmers.
Download
5/5 Votes: 880
Report

Geany Download For Windows is an Integrated Development Environment (IDE) that’s easy to transport and use on the go. Its primary purpose was to supply a lightweight IDE that requires little external libraries. Being as decoupled as possible from a certain Desktop Environment, such as KDE or GNOME, was another priority; all that’s needed to use it is the GTK2 runtime libraries.

As a programmer, you understand the significance of having reliable software. The code editor and compiler are essential first steps. It must be highly effective while also being intuitive to use. In this case, you can rely on Geany’s assistance.

Geany has been actively developed for over 13 years, and as a result, there is a thriving community of programmers that use and improve upon the project on a regular basis. As a result, Geany’s plugin system has grown to become one of the most robust of any IDE. You can even make your own plugins if you want to. You can also make a Plugin wishlist if there is something you’d want to have added but don’t feel comfortable coding yourself.

Geany is a lightweight and flexible code editor and compiler that has a user-friendly interface. It’s compatible with a wide variety of languages and has pre-made templates to get you up and running quickly.

How to install Geany? 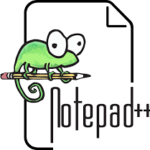